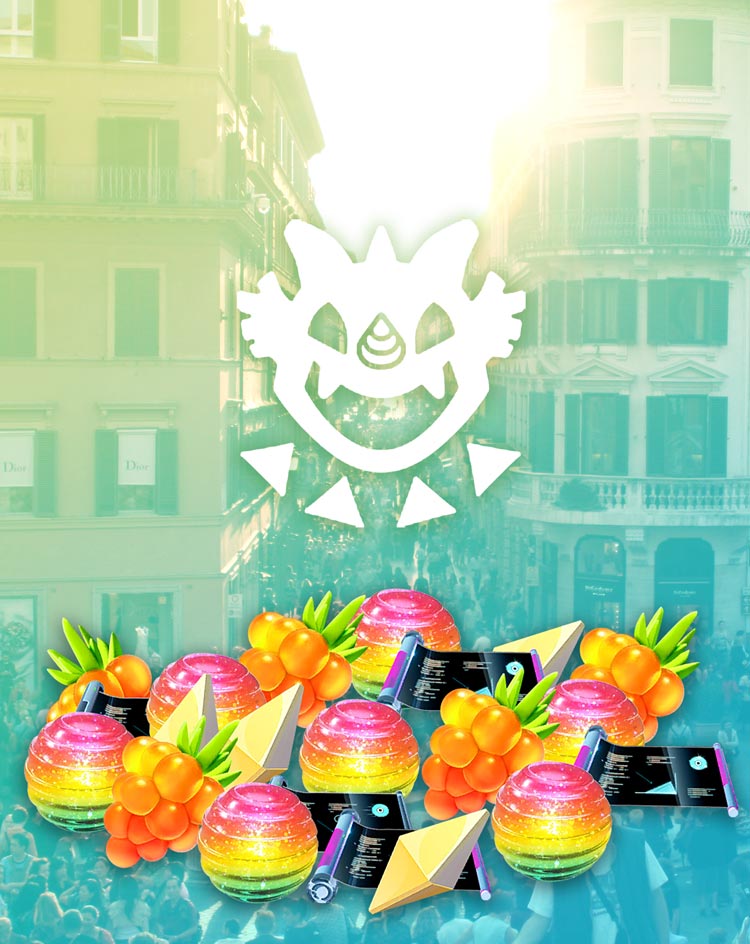 After completing and recording rewards from 2,973 Raids, the Silph Research Group has uncovered the secret mechanics that determine Raid rewards!

Three factors have been found to influence what rewards you receive for conquering a Raid:

In this study, we'll walk through all three factors to illuminate how your final rewards are determined.

[Dronpes' Note:] Notably, potions were added to the Raid rewards a day before this study was published, but the mechanics determining Raids remain the same. The Silph Research Group will soon have the latest probabilties including potions, but we did not wish to delay sharing these groundbreaking findings and helping clear up misinformation! [Note 1]

You've likely already noticed that Raid reward items are often given out in multiples of the same item.

Raid rewards are allotted in 'item groupings' that we call reward bundles. (For example, in level 5 Raids, Revives are given out in bundles of five.)

Fast and Charged TMs are always dropped individually (in bundles of 1), but for Revives, Golden Razz Berries and Rare Candies, and now Potions, the number of items in these reward bundles depends on the Raid level and can be looked up in the table below: 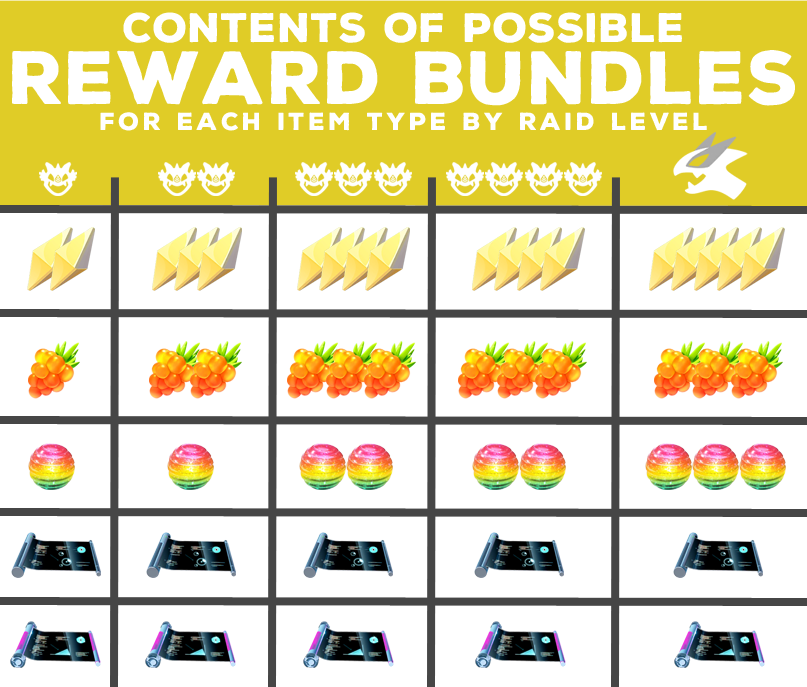 Number of items in a reward bundle pre-August 16th

In other words, items will be allotted in multiples - according to the chart above. Notably, even though potions have now been added to this set, these multiples are still the reward bundle multipliers for the items above.

Now, you've surely received far more than a single one the multiples illustrated above. (For example, receiving 20 revives from one Raid.) This brings us to the next mechanic...

Multiplier #2: The Number of Bundles

Here we have made an important observation:

The number of reward bundles obtained from a Raid is completely determined by the Raid level and the number of premier balls.

The full table showing the number of reward bundles based on Raid level and number of premier balls can be found below:

Note that with the August 16th introduction of Potions, we tentatively observe that level 5 Raids may have just received a nerf and instead fall under the level 4 award bundle distribution. [Note 3]

The Final Step: Luck and Probability

Now that we understand:

The last step is a game of chance. Each reward bundle allotted in the above table will be assigned an item type according to a distribution. Notably, our data supports the following conclusion:

The distribution of item types drawn from when assigning each reward bundle depends only on the Raid level and nothing else.

The proportion of Fast and Charged TMs awarded increases with each Raid level, while the remaining reward bundles have previously been evenly divided between Revives, Golden Razz Berries, and Rare Candies.

It's also worth mentioning that level 1-4 Raids dropped significantly more Fast TMs than Charged TMs, while level 5 Raids dropped Charged TMs at an equal or even slightly higher rate than Fast TMs. Below is the table of item distribution in a reward bundle by level, with 95% confidence intervals:

Item distribution for each reward bundle

Remember, the distributions now that POTIONS have been added are currently unknown. But the Silph Research Group is collecting data to determine these as soon as possible!

When collecting this dataset, the Silph Research group investigated many additional factors that might possibly have influence on the reward allotted. The following factors have been considered, and do NOT show any significant effect on the item distribution:

Potions were added as a Raid reward item on August 16, 2017. The Silph Research group will soon have the updated distribution tables (including potions) along with the new bundle multiples for each Raid level and will update this article with the latest information.

An additional premier ball was added on August 8th, 2017 to counteract the in-game bug where the last ball cannot catch a Raid boss. This additional ball did not increase the reward bundle payouts, despite adding another ball. Consequently, we have incremented the Premier Ball axis in the charts above to fit this change, despite a portion of the dataset being gathered before the extra ball.

Alongside the August 16th potion additions, it (tentatively) appears that a change has occurred in the level 5 Raid reward bundles.

This is a nerf, but notably level 5 Raids are still more profitable than level 4 Raids - due to the higher item multiples in each reward bundle.

Large changes were made to rewards on June 28. Rewards from Raids completed before this date do NOT follow the findings posted in this article.

We owe many thanks to the awesome researchers in the Silph Research Group for meticulously recording and analyzing this dataset.

With this new understanding, we hope some of the mystery surrounding Raid rewards will be dispelled and misinformation debunked.

This finding was shared on our subreddit on August 17, 2017.

Special thanks to researchers Noin, iankickasbadas and ko3k3bakk3r for going out of their way to find data for Raid level <-> Premier balls combinations that were still missing in order to complete the table.