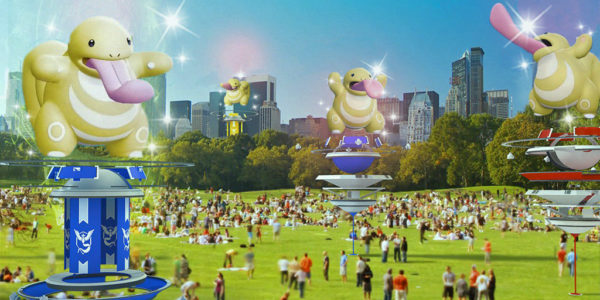 Travelers around the world were treated to a special Raid Day this weekend featuring Lickitung. Lickitung invaded nearly all gyms from 2:00 – 5:00 pm local time, and you could receive up to 5 additional free Raid Passes during the event. Furthermore, Lickitung captured during the event knew the move Body Slam, and lucky travelers might have even captured a shiny Lickitung! Our researchers battled far and wide, meticulously recording data on the probability of receiving a golden Lickitung.

Unsurprisingly, data from researchers highly suggests that Lickitung used the same 1 in 10 shiny rate that has been used for nearly all Raid Days. Researchers battled 1,347 Lickitung during the event, and were rewarded with 140 shiny Lickitung (99% confidence interval of 1 in 7.9 to 12.0). It was also reported that Lickitung from Field Research tasks and Eggs could also be shiny during the event window. Based on previous evidence that shiny rates are the same across encounter methods, it is likely that these Lickitung also had a 1 in 10 chance of being shiny. Researchers did not collect enough data to support or refute this hypothesis.

Thanks for the read, travelers, and we’ll see you next time!