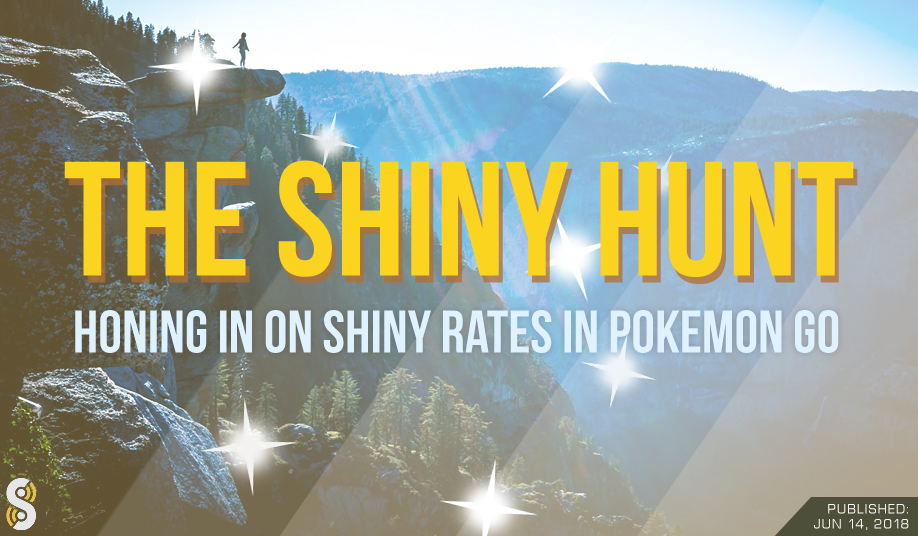 Since the first shiny Pokémon variant appeared in Pokémon GO (Magikarp in March 2017), the Silph Research Group has collected data in a long-term controlled experiment in an effort to deduce the odds of encountering a shiny Pokémon.

Over the next three days, the Research Group will share our findings in a three-part publication: The Shiny Hunt! This analysis includes a statistical look at each of the various methods of obtaining shiny Pokémon. These publications culminate months of hard work from our Researchers who have tirelessly tracked their potential shiny encounters. We hope you are as excited for this journey as we are. 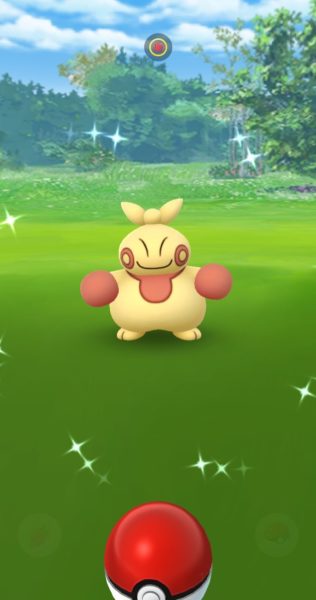 Today we are releasing the resulting shiny rate for standard Wild Pokémon Encounters. Our researchers have engaged in nearly 600,000 potentially shiny encounters over the last 7 months and discovered 1,325 shiny Pokémon¹. Overall, this points to a shiny rate of roughly

for all species and special events. Importantly, within the 95% confidence interval the rate falls between 1 in 425 and 1 in 475 for Wild Encounters for all data collected. (Unfamiliar with confidence intervals? Give this a read!) This range leads us to deduce that roughly 1 in 450 may be a valuable approximation of the general shiny rate – though some uncertainty of the exact value remains.

Once the dynamic Weather feature was introduced into GO, Researchers began recording whether each potentially shiny Pokémon was weather-boosted at the time of the encounter. From the collected data, it does not appear that weather has any observable effect on the shiny rate.

A Pearson’s chi-squared test gives a p-value of 0.57, which indicates that there is no significant evidence to conclude that weather has any effect on chances of receiving a shiny Pokémon.

Encounters during Special Events which affected spawn rates were categorized as such in order to analyze any potential change in the shiny rate during Special Events. Based on this data, we are able to conclude that there were no observable rate differences during any of the Special Events shown in the table below. Note that the current Water Festival event is excluded, as our researchers are still hard at work collecting data.

A Pearson’s chi-squared test gives a p-value of 0.11, meaning there is no significant evidence to conclude that Special Events have had any effect on the probability of receiving a shiny Pokémon from a wild encounter.

Finally, the Pokémon species was also analyzed as a potential differentiator. Again, we found no significant differences between different species. Note: any species with fewer than 5,000 wild encounters were excluded from this analysis (namely Bulbasaur, Dratini, Duskull, Mareep, Sableye, Shellder, Shuppet, and Snorunt).

A Pearson’s chi-squared test gives a p-value of 0.11, meaning there is no significant evidence to conclude that there are differences in the probability of receiving a shiny between different Pokémon.

Shiny hunters can rest easy knowing Weather, Special Events, and Pokémon species have no significant effect on this probability. There appears to be little strategy at play when finding shiny Pokémon in wild encounters – only perseverance and luck!

That concludes Part 1 of our Shiny Hunt analysis, travelers. Now head to Part 2 on the various Boosted Shiny Rates. We have some exciting findings to share!

1Researchers explicitly excluded encounters engaged via a GO+ device without manually encountering the species first. Additionally, Community Day encounters were excluded from all analyses in this article.

2The probability of receiving a shiny Pokemon during the Valentine’s Day and Lunar New Year Events was lower than any other period for which data was recorded. It is unclear whether this difference arose from chance, errors in reporting, or an actual change in the probability. We find it unlikely that the probability of receiving a shiny Pokemon was changed specifically for this event; however with this amount of data we cannot differentiate between possibilities.