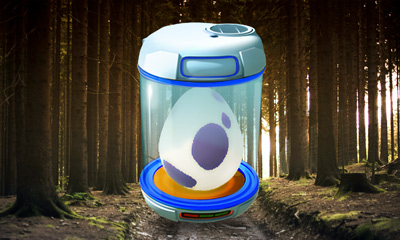 We are now confident that several less-desirable species have recently stopped appearing in eggs altogether, and other species have become more rare.

In the Silph Research group's ongoing analysis of egg species in Pokemon GO, the following has recently been observed:

The following six species are no longer hatching from new eggs:

These species ceased appearing in new eggs at or soon after the beginning of the Grass-Type event on May 5th. Eggs acquired and hatched in the subsequent periods, including the Rock-Type event continued to lack these 6 species.

In total, 3,081 eggs were collected post-Grass event by Silph Researchers without these species appearing.

Common Species That Have Become Uncommon

Though both Dratini and Pineco are 10 km eggs, they were among the most common hatches at the time of our last rarity tier analysis. Today, they are still relatively easy to hatch, and have simply been moved from the Common rarity tier to the Uncommon tier.

Additionally, Scyther's rarity was unclear at the time of last publication, being equally likely to be an Uncommon and Rare hatch. It has become clearer that Scyther was a Rare hatch before, and is still a Rare hatch today.

So, with the above-mentioned changes in mind, travelers, here is the latest rarity chart as verified by the Silph Research group!

Are some species even rarer than Ultra-Rare?

The current data suggest an even more elusive egg category may have begun to appear - the Ultra-Ultra-Rare group.

Identifying these occurances with certainty requires a lot more data, which is difficult to acquire due to their scarcity.

The Silph Research group's current hypothesized species in this tier are: Shuckle, Wobbuffet, Dunsparce, and Girafarig which have only half the likelihood of other ultra-rares. This list may be incomplete or may even contain erroneous pokemon. However, these species are the current top candidates for this new rarity tier.

We will continue to monitor their occurrences.

The removal of these 6 species is great news, and we're glad to see that change! We're also happy to see Dratini is still a relatively common hatch in the new rarity tiers.

This finding was shared on our subreddit on June 1, 2017.