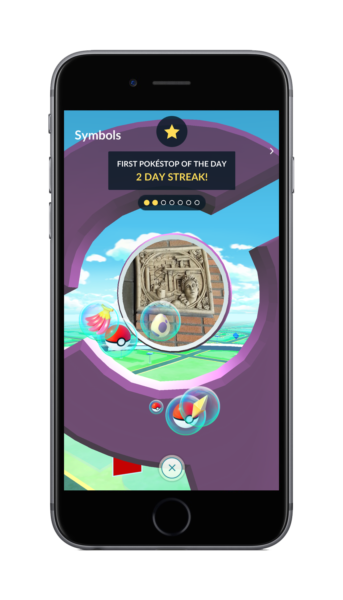 Collecting items via spinning gyms’ photo discs was made possible in the gym re-work of June 2017. Soon thereafter, Niantic suggested that gyms would be more likely to award battle items (revives and potions) than standard PokéStops.

In a controlled long-term study, Silph Researchers have spun 37,000+ gyms and reported over 150,000+ collected items in an effort to determine the probabilities of receiving various items as gym rewards. Along the way, the mechanics behind the number of items awarded by a gym spin have been demystified! Let’s dive in, travelers.

The Distribution of Reward Items

After hundreds of hours and tens of thousands of spins, item-level data on 150,806 gym reward items has allowed Silph Researchers to compile the following item distribution¹ for trainers level 30 and above². The last column shows the overall distribution for each item type (ball, potion, revive, berry, and evolution item).

Even with the suggested skew towards potions and revives compared to PokéStops, varieties of Poké Balls still make up over half of the items from gyms. Potions and berries are each awarded roughly once out of every five items, while revives are awarded roughly once every 10 items. Evolution Items are particularly rare. Combined, they make up less than 0.1% of all items found at gyms.

Now that the probabilities of each item type are known, the next big question is: how is the number of items awarded determined? Fortunately, this has become quite clear! The number of items is dependent on several factors: a traveler’s gym badge level, the team control of the gym, a few other bonuses… and a roll of the dice.

Let’s take a comprehensive look at how these factors result in gym rewards!

The 3 Types of Reward Items

Each time a gym is spun, a traveler will receive (at minimum) two base reward items. In addition, several types of item bonuses are available. (Trainers can also receive eggs and raid passes from gym discs, but these are omitted from the discussion below.) These bonuses are color-coded as follows:

After a spin, items are awarded and flashed briefly on the top right of the screen. The order of reward items shown follows a consistent pattern which curiously differs if a Gym is spun via a GO plus device:

Beyond the base reward items, five additional bonuses grant extra items. These are:

The following is a comprehensive list of the number of items a traveler can receive with the above bonuses. (Note that raid passes and eggs are excluded from this table as their drop rate is not tied to any spin bonus.)

*  Receiving 5 base reward items is not possible

Remember, these bonuses can stack. For example, a 10th spin on a Gold gym that a traveler’s team controls might yield:

Some bonuses can award a different number of items each time (e.g. 3 instead of 2 items). But how likely is this to occur? Interestingly, these extra items all follow the same distribution!

Three bonuses (the Base rewards, first spin of the day bonus, and the bonus items for a 7-day streak) follow a simple 90/10 distribution.

As you can see, having a high badge level not only yields more badge bonus items, but an extra Team Control bonus item as well!

Wrapping all of these bonuses together, the theoretical upper limit would therefore be a 7-day streak bonus, combined with a 10th spin bonus, Team control bonus, and a bit of luck, yielding:

Taking a closer look at the empirically observed numbers of items from specific bonuses, we arrive at:

These p-values are calculated by means of a Pearson’s chi-squared test, comparing against a 90/10 distribution. Because all of our p-values are above 0.05, there isn’t sufficient evidence to conclude that any of the distributions are different from the presumed 90/10. This doesn’t guarantee that all bonuses use the same probability, but it’s a good “rule of thumb”.

From time to time, anecdotal reports circulate that the drop rates of items might have changed. Contrary to those reports, our data indicates that the item drop rates have remained almost perfectly constant, with the exception of about 10 days in early November 2017⁴:

With the newfound understanding of item bonus mechanics, the value of Gold gym badges is particularly apparent. Not only will a 7-day streak award significantly more items on a Gold gym, but when a gym is team-controlled, owning a Gold badge will earn 4 extra items on every spin over a team-controlled gym with a Base/no badge. It is well worth the extra effort it takes to achieve Gold badges, travelers.

While the various Poké Balls constitute about half of all items awarded from gym spins, the fact that 2 out of 5 items will be potions or berries and 1 out of 10 are revives makes gyms a fantastic supply of “battle items” for helping your team defend and attack other gyms.

And for those looking to squeeze every last bonus out of their local gym, remember that the 10th unique spin bonus can also give an extra Team Control Item on top of doubling the base reward items received. Receiving up to 4 extra items from this bonus is a nice incentive for travelers to get out and explore their local cities and towns, instead of circling between a handful of PokéStops and gyms – or to at least plan a route with 10 unique stops!

Note 1: 7-Day Streak Bonus Items
So as not to distort the percentages in favor of Evolution Items, items received from 7-day streaks are explicitly excluded.

Note 2: Researchers Under Level 30
Data from trainers below level 30 is too scarce to obtain meaningful conclusions – other than appearing similar to the level 30+ dataset.

Note 3: Evolution Items
Due to their limited availability, Evolution Items were summarized into one category.  In detail, their distribution looks like this:

Note 4: November Drop Rate Changes
The item distribution at the top of the article explicitly excludes these 10 days.