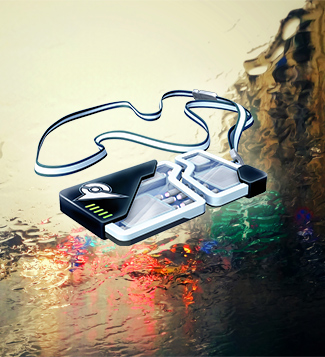 Well travelers, this may just be the most exciting week on the Silph Road yet!

The latest APK offers more than just hints at what we can look forward to in the next days and weeks. This update came unexpectedly (so near to a live event) but it does not disappoint!

We know what question is on our travelers' minds: "is it true Dronpes can bowl over 200 consistently?" We'll find out on Saturday at the Silph Road meetup. But for now, let's stay focused, gang. It's time for another APK teardown!

Ready to dive in? Let's save the best for last. ;)

One mystery that has been frequently pondered over here on the Silph Road is how Niantic will manage to lock out spoofers and other cheats for in-person events. The latest APK saw several major additions seemingly (and many explicitly) designed for the event check-in process!

Right off the bat: there's a full on QR Code Scanner!

We're unsure how this is activated or utilized at this time, but sure enough, a new library has been added to the client called zxing - which is a barcode/QR code reader that integrates with Unity.

There is also a special PokeStop involved with the check-in process, and other mechanics at play - but that's all we'll go into on this front. No reason to give illegitimate players any ideas. :)

Overall, the check-in system will be a heck of a lot more secure than checking a name off a clipboard!

We can now confirm there is a Chicago 2017 Event badge! We won't post the badge asset itself as we'd rather leave it at this and allow our travelers to earn this badge and experience it live. We'll be sure it gets shown on the Road once it's gone public on Saturday!

3. "Exclusive Raids" (Event Participants Only? Or a Broader Application...)

A new type of Raid is solidifying - and it's called an Exclusive Raid. Here's what they look like: http://i.imgur.com/xaJGQcK.png

These special Raids have their own Exclusive Raid Invites/Tickets , which appear to have details, a picture, congratulatory text, an event time, and even a link to Google Maps directions ...not unlike the Silph Radio's "map" link on Raid Beacons... ;)

Interestingly, we believe you may be able to posses multiple of these at a time.

Could these be used for legendaries? Local events? Community-driven meetups? Time will tell!

New code was added that appears to support event-specific PokeStops. Whether these will behave any differently than standard PokeStops we couldn't say - but that would be handled server-side regardless. Event PokeStops will likely have an event-specific asset as the image, and one has in-fact appeared in the APK's image assets. :)

It also appears that Gyms can now be 'closed' for those not participating in an event. They have a new attribute called InEvent and appear to have a new topper for this state.

Gyms have historically had two "topper" types: Logo and Raid. Now a third has appeared called "Hidden" which we believe may be either what appears when viewing event gyms as a non-participant, or may be used for something else like special events.

This mechanic was announced officially in the changelog, but the RemoteBerryMultiplier has appeared in the APK. It also appears in the GAME_MASTER, and appears to enable different berries to have different levels of efficacy.

New Pokemon GO Plus states have appeared for the peripheral, including PLUGIN_NOT_READY, INTERNAL_ERROR, NOT_SUPPORTED, NOT_IMPLEMENTED_YET and more. Hopefully these point towards more intelligent (re)connection behaviors - or maybe even eventual new functionality?

Badges used to be compiled into one giant sprite image. Now, all badges have been broken apart into standalone assets.

This hypothetically enables many more badges to be added - perhaps even dynamically, without a client-side update - in the future. Might this be the beginning of badges for accomplishments or events besides GO Fest?

Code involving the Health Bar has seen some changes - see if you can spot the difference, travelers. Perhaps this may smooth out some of the rubber-banding we see in battle?

A count is now kept for Heal Animations. Hopefully this helps speed up potion applications!

The localization system saw a bit of an update as well. This may be to better handle 'formatted text' - like bold, italics, etc.

Another cryptic sponsor type has been added. This time, it's Whisk

Enough waiting. What about...

This is still speculation. But we believe at this point that the odds of legendaries appearing at or very soon after GO Fest are extremely good. :) Here's what's been added:

A few new image assets have appeared in this APK including (which we won't include, to preserve the experience!):

Pair those with the legendary raid medal that appeared in the last APK update, and we're starting to see a complete picture!

It now appears highly likely that legendary raids are ready for a server-side update to begin appearing.

Get excited, travelers. They're at our gates!

We made it to the end! There were several other additions in the APK, but these were the new mechanics and features that we felt were most notable and shed the most light on what's to come.

We can't wait to meet a few hundred of you travelers at GO Fest (and the legendary Silph after-party Saturday night). But for those who can't be there with us - the future still looks very bright for non-Chicago locations. We're at the edge of our seats to see what's about to hit the Pokemon GO world. :)

Forschung: The Effect of Day and Night Cycles on Wild Pokémon