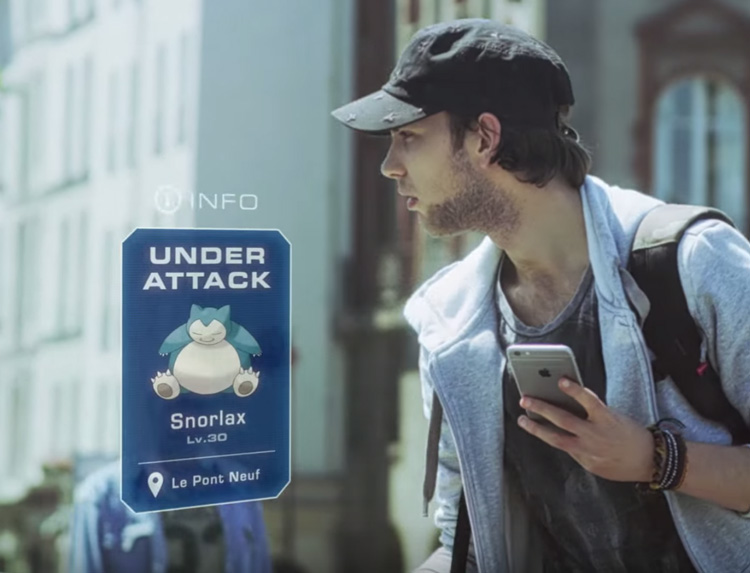 Over the past months, Niantic has shifted their app update schedule from small updates twice monthly to larger quarterly updates.

v0.63.1's APK update is the first APK update since this change that has brought noteworthy new additions under the hood!

This round had just the right smattering of exciting hints, promising technical updates, and unsolved puzzles! Let's dive in and see what we learned:

This is an interesting move to see, travelers, as it hints that some of the code Pokemon GO is built on is being named more appropriately for includes in other applications (such as Ingress or ... future applications!).

We've known Niantic plans to become an augmented reality platform, powering the next wave of games and other experiences in this space. We also know they changed their name from Niantic Labs to Niantic, Inc. once they were separated from Alphabet (Formerly Google).

This is a sign of their software platform maturing.

A new approach to memory management has appeared in the code in this update: memory pools. Specifically, the implementation by Zenject, the Unity dependency injection framework. This should allow reducing heap allocations and make the game run smoother.

Whether or not the game's code has really taken advantage of this yet has yet to be seen, but at any rate, it's good to see this is being proactively worked on!

Encounters have a number of 'fail' codes, including NOT_IN_RANGE, POKEMON_INVENTORY_FULL, and more. A new encounter fail code has appeared: ENCOUNTER_BLOCKED_BY_ANTICHEAT.

This may be the fail code triggered when a Pokemon encounter begins at one location, but a capture attempt is made far away from the starting location. Or, it could be an entirely different mechanic!

We're excited to see these measures beginning to be explicitly tackled by Niantic. Hopefully many more anti-cheat measures to follow!

4. New Limit for Deploying Pokemon of the Same Species at a Gym!

A new Gym attribute has appeared: MaxSamePokemonAtFort which strongly hints that soon, Pokemon of the same species will be prevented from being deployed at gyms where their co-species defenders already sit.

This would be great news for the diversity of high-level gyms and is a very promising hint at Niantic's new focus on the gym scene. Hype!

To add to the unknown sponsor types like SPATULA and MUFFINTIN, a new sponsor type unlike the others has appeared: NIA_OPS.

Ops (shorthand for operators) hints strongly towards event involvement from Niantic in our opinion. Hype!!

6. Re-work of the News Digest

Rather than having news items 'expire' at specific times, it appears they are intended in the future to be simply indexed in reverse order. Welp.

Be careful with this next information, travelers. We'll share all we know - and want to point out the highly speculative nature of our opinions on the following findings. Do not trust websites claiming "the gym rework is now in the code" - that is highly unlikely. Stick to the facts, and enjoy the mystery that awaits us when the gym rework rolls out down the road. :)

Some new hints have appeared in the code involving so-called "raid" Pokemon. These hints appeared alongside a list of XP-earning events called ACTIVITY_'s. The new XP-earning activities are explicitly named:

It appears XP will be granted for defeating a raid Pokemon (possibly an offensive Pokemon attacking a Gym your 'mon is defending), as well as for feeding this Pokemon a berry.

The 'search' activity is especially unclear at this point, as 'search' is used elsewhere in the APK to denote network calls, etc, and typically not what the end user would consider a search.

But it is our guess that feeding berries may be a real-time, socket-based attempt to rejuvenate and strengthen your defender remotely as they are attacked by opponents at their gym. This mechanic is utilized in Ingress to more actively defend critical portals from afar. Many find the push notifications about on-going attacks to be one of the most fast-paced elements of the competitive scene.

Much is happening on the push notifications front!

This bodes extremely well, in our opinion, towards enabling more real-time collaboration via push notifications.

There is also much code showing that these notification settings will be configurable and opt-out-able.

Overall, this was a very satisfying APK to teardown, travelers.

It's left us amped about the upcoming per-species limits at gyms, push notification alerts, anti-cheat measures, and even the memory improvements.

But at this point, it is still far too early to try to paint a complete picture of what Niantic has in the works for the gym overhaul. We warn our travelers to avoid sites that will run with this information and attempt to pass judgement on the upcoming gym rework assuming these fragments are the complete picture.

A clear picture is emerging of certain potential elements of the gym update - remote combat via healing and push alerts - but this is all we know so far. We certainly aren't able to say at this early point what the new gym scene will look like this summer.

The CP system, push alert messages/options, interaction gestures, etc are not in the APK and any changes to the gym system for these and many other elements may very well likely never even appear in the APK at all.

For now, we're just happy to learn a bit more about what we do know - and we can't wait to get some new mechanics into the app and give them a GO!